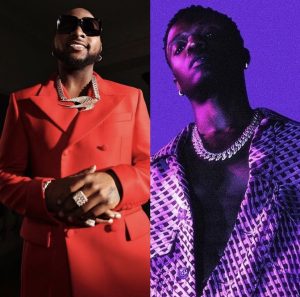 According to Apple Music, Wizkid’s fifth album scheduled to be released on the 4th of November 2022 has now been postponed till November 14, 2022.

The album has seen the release of two singles ‘Bad To Me’ and ‘Money & Love’ – which was released a week before the proposed album release.

However, with no reason given for the postponement, many reported that it was done in honor of Davido who recently lost his 3-year-old son.

Wizkid had earlier reacted to the sad news by deleting some of the album promotional tweets he posted hours before the news.

Ifeanyi was reported to have drowned in a pool after he was left unattended to by his caregivers.

The police confirmed that 8 domestic staff were brought in for questioning in response to his passing.

In the latest development, it was reported that 6 of those brought in for questioning have been released while two were still detained.